And we'll never be Royals, bro.

Report #2 covers my pre-Instagram* trip to Madrid and what I ate there.
*Due to lack of Instagram, all photos are courtesy of Google Images.

Howdy Gang!
This is unofficial report number 2. I am integrating well into Spanish society. I will soon be a North Carolina version of Ricardo Montelbon. As I have mentioned before, I was made to drive here. Plus I get to start all over with that pesky points system. Not that the cops could catch you. They all drive the same small cars everyone else does. There is one car style here and it looks like a Ford Festiva. 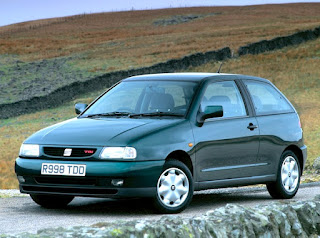 I might as well sit in the back seat of mine. Roads and sidewalks are both small and both made out of cobblestone. I was on a road recently that I thought was particularly steep. Then I realized I was about to drive down a flight of stairs. Then I rolled forward more as I stalled the car trying to go back up in reverse.
This weekend I went to Madrid. There I saw the Royal Palace and hung out with the king and queen in their throne room. There was lots of things covered in gold. 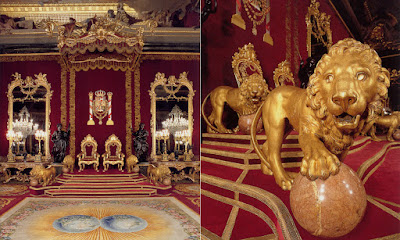 Also, it seems that if you are royalty, it is your obligation to have lots of naked people on your walls and ceilings. In this respect, most college dorm rooms are practically a royal palaces, minus the gold and 30 foot ceilings. I think kings are just big frat boys. They even have really cool velvet togas. And the scepter: beer bong. 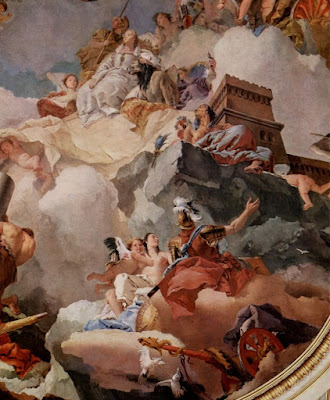 After that I walked around the area where they had the Spanish Inquisition. The S.I. was when they tortured you until you admitted to doing something bad, at which time you were immediately tortured for doing bad things. This drew large crowds of people into a large square, including my friends the King family. I could tell the Kings hung out here because there were naked people painted on the sides of the buildings. One of the more popular torture methods was burning people alive. 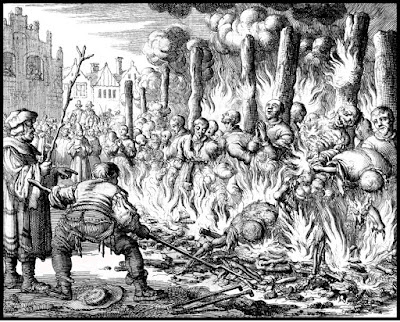 Building on that "cooking" theme, the square is now full of cafes and with dudes who clamp their hands and bang on guitars while singing Spanish songs. I ate there and got pizza(that's a cheese pizza, Russell). Spanish pizza is different because they use about a teaspoon of sauce and a pound of cheese. The top of pizza was burnt, leading me to believe it may have done something wrong. 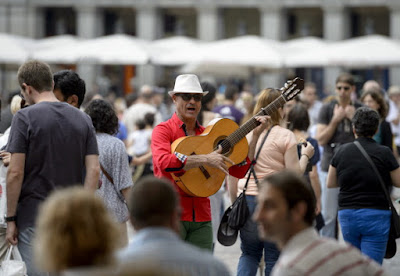 Back in the homestead of Vigo, I saw Steve Patterson and some other American GKN people this week. It was quite a relief to speak American. The Spanish speak good English, but no American. Since I speak Spanish like Tonto, conversations are always burdensome. It is especially daunting when you say things and people start laughing. I recently attempted to make a comment in Spanish about a gage storage area, and actually noted that it was a good place to store a "woman's anatomical feature". The language thing has also rewarded me with some interesting menu selections. I ate octopus twice one day, leading me to wonder what words don't mean "I want octopus". I figure it is just some inside joke among the restaurant people: 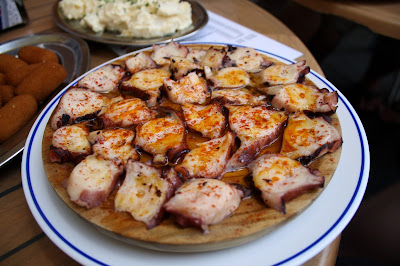 If an American comes in, they get octopus.

Note: All images displayed are courtesy of Google Images.
Posted by Brad Treat at 12:58 PM No comments:

I recently found some old files from my year in Spain back in 1997 while I was working as a Manufacturing Engineer for Guest, Keen, and Nettlefolds (GKN Automotive). I lived in the Galicia region of north-west Spain in the city of Vigo. 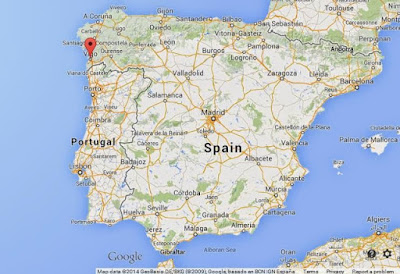 During my time at GKN Indugasa, the Galicia office, I wrote several reports home to my team in the States sharing my adventures. All comic descriptions by me, all images by Google. Below is the first report, written shortly after my arrival in Vigo:

Hello from the land of flamenco dancers and bull fighting. This is the non-formal report on my goings-on. I am doing well here in Vigo.

I arrived safely after a smooth flight only interrupted once by terrorists, who I handily dispensed. My accommodations are nice as I am living in a nice American style hotel (that means I have my own bathroom). I have resumed Spanish classes and get to regularly practice trying to guess what people around me are saying. The sounds "thh" and "rrrrrrrrrrr" abound. Neither of which I have been able to figure where to use correctly.
The people of Indugasa have been very nice to me. I have been paired up with a young engineer nicknamed Nacho. Gotta love that name. His real name is Ignacio Martinez. Nacho must be Spanish nickname for Ignacio, like Bill for William. Next time you see Ignacio Martin, just call him Nacho. That will be a one way ticket to the corner office, guaranteed. 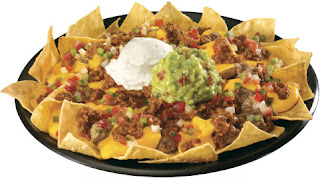 The people in the factory are very accepting as well and are actually quite enthusiastic about teaching me how to learn words and to say them correctly. Today I had an extensive counting lesson with a Spanish Bob Wayne look-alike.
The weather here is comfortable, but it has rained EVERY day. The plus side of all the rain is that the local rivers were all pumped up. I of course had no kayak and just looked. $%&%¿ç*. I was able to go drive around the countryside and to the beach this past weekend and even ventured into beautiful Portugal. And then got lost (no titans of industry in the car this time) and had the pleasure of speaking Spanish poorly to a couple of Portuguese people, who only spoke Portuguese. I pointed a lot. They were very nice and I got found, so all is well. The countryside is as beautiful as the roads are narrow. The driving here is absolutely crazy, much to my liking. Speed limits are ignored and never enforced. All other rules of the road are optional as well. 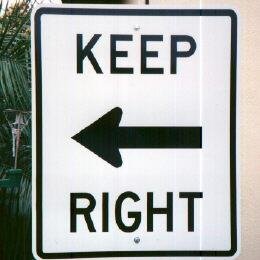 As I was driving local-style in the mountains, I got to meet a large Mercedes bus as it came screaming around a curve. The country roads are made to hold 1 Mercedes bus and no cars. Needless to say, I got to do some off-roading. I also got to meet up with some oxen and El Torro, the bull. I was driving a red car and I think someone yelled ¡Ole!. It was a tense moment. I would have rather had another bus, because Torro looked pissed. 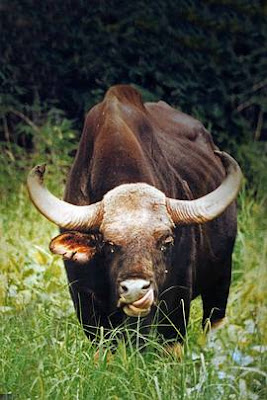 An old lady with some twigs saved me.

Tell everyone all is well. Big "¡Hola!" to the team back in MTC7 and all the rest of the gang. Sangria for all when I return. More stories later.

Note: All images displayed are courtesy of Google Images.
Posted by Brad Treat at 1:56 PM No comments: