Cornell MBA Sumit Mittal started his company while still a student. They launched at the end of last summer and are now aggressively growing the site. Check it out at SkillsBazaar.com.

Pele speaks "righteous," Sister Zina says "funky"
SkillsBazaar connects students to employers for specific projects. It's not a job site, but rather a project site. Want to get some work done for a good price without outsourcing halfway across the globe? SkillsBazaar is your solution!

Oh, and you students looking for some work, Skills Bazaar needs you. Sign up here.

Well done Sumit!
Posted by Brad Treat at 11:16 AM No comments:

Entrepreneurship as a Career

"Why would someone spend all that time and money to get an MBA and not go get one of those high paying corporate jobs? Well, we have the answer!

Some of the local Cornell Johnson School MBA alums are going to be holding an open discussion/forum session with the Johnson School's Career Management Center office on Monday January 28th at 7:30pm on Cornell's campus in Sage Hall, room B5. The basic theme will be entrepreneurship as a career option, with folks talking about their experiences - and why didn't go and get "normal jobs".

I like having a "normal job"
There will be a handful of us local Johnson School alum entrepreneurs on hand. The focus will be on the MBA crowd, but feel free to stop by and to spread the word to any entrepreneurially minded students you know.
Posted by Brad Treat at 12:51 PM No comments:

When I was an MBA student, I attended the Wharton Entrepreneurship and Venture Capital Symposium. It was November of 2000 and those were dramatic times indeed. Everyone was just starting to feel the hangover from the '90's tech boom, but there was still hope in the air.
Akamai co-founder Jonathan Seelig was the keynote speaker. Jonathan co-founded his company while a MBA student at MIT-Sloan. He had done exactly what I was aspiring to do, so I got there early for a front row seat for his talk.

As it turns out, my eagerness was not necessary. I could have had my pick of over 1,000 empty seats. The internet/tech bubble had burst, but this event had been planned based on the 1999 attendance. Since then many people's interest in entrepreneurship and technology had evaporated, but the Philadelphia Convention Center had been booked and paid for well in advance.

Jonathan was bemused but gracious as he leaned over the lectern looking out at the sea of empty seats and remarked "Where is everybody?". He went on with his talk anyway. I was especially grateful because the lessons I learned there were crucial to the founding of SightSpeed six months later, and Mezmeriz six years later. He told his story in plain terms about meeting the professor/grad student inventors, building the business plan, and launching the company with the help of experienced entrepreneurial investors. That then became my game plan.

The next year the symposium changed it's name and location, but continued their practice of outstanding speakers. It is now split up into two conferences, and the second part is called the Wharton Private Equity Conference and it's happening January 18th. 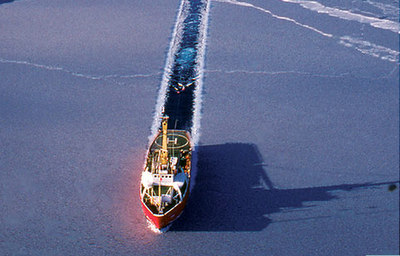 Plus, all the background music will be provided The Scorpions
I don't know if I'll be able to make this year, but if you can, do. They have fair pricing, including big discounts for students. To learn more, click here.
Posted by Brad Treat at 7:30 AM No comments: