As my boy Andy would say, "Well, there you go. It happened!" True that.

SightSpeed sold, and to an awesome company: Logitech!

A Perfect Fit
I first sat across the table with the Logitech folks five years ago. They liked us then, but weren't sure what to do with us. We were punks who were sure we were going to take over the world - or at least the world of videoconferencing. Which is a notably smaller world. Nonetheless, we were undeterred to continue to build the product and brand of SightSpeed. In doing so, we built a world class, best-of-breed, global communications company. Millions of calls and billions of calling minutes later, the two companies came together.

At the heart of our company, and this deal, is an extraordinary individual: Aron Rosenberg. I first met Aron when he was a 20-year-old undergrad at Cornell. After working with him for just a few months in the spring and summer of 2001 laying the groundwork for founding SightSpeed, I knew he was a superstar. Now we are 7+ years into this journey together, it turns out that he's a $30MM superstar. I think he's worth a lot more, so LOGI got a great deal.

Finally, for one last laugh, click here for a video of me and Aron interacting in classic style as we test the record feature SightSpeed introduced a few years ago.
Posted by Brad Treat at 8:19 PM 1 comment:

The Finger Lakes Entrepreneurs' Forum annual Expo is a great way to meet folks from all sorts of businesses in the region. I will admit that some of us think all entrepreneurship around here is high-tech and Cornell-related. Not true. 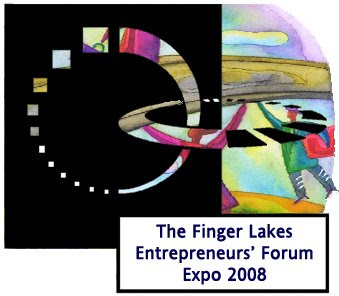 I was scanning the list of companies, and I was amazed at the ones I didn't know. Here is a partial list of the companies I am looking forward to learning more about:
Date & Time: Thursday October 23, 2008. 5:00pm until 8:00pm

I'll be there. I hope you will too. Plus, it's free of charge! For more information click here.
Posted by Brad Treat at 6:31 AM 1 comment:

Remember those old Reese's ads where the guy with peanut butter would bump into the guy with chocolate and they'd exclaim that the combination was brilliantly delicious? Well some students at Cornell are trying to make a few such collisions, but this time with the business side bumping into the technology side.

Following the grueling entrepreneurs & angels due diligence session, there will be beer. This beer and idea session is being co-sponsored and promoted by the entrepreneurial MBA's and the biomedical engineering students. It's a brilliant idea. 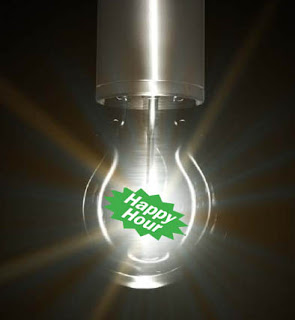 To learn more, check out the flyer.
Posted by Brad Treat at 12:34 PM No comments:

An Entreprenuerial Approach to Solving the Bottled Water Problem

Jim Quest wants to pay you for the most unique way to reduce the impact of the 60 Million water bottles discarded every year. Jim is the Entrepreneur-in-Residence at the School of Hotel Administration at Cornell. As such, he is looking for a unique, clever, and cost-effective way to solve this problem. He's looking for an entrepreneurial solution. 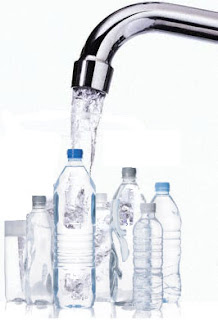 Plastic and Water Don't Mix Either

Jim succinctly stated his position and approach during a front-page interview with The Cornell Daily Sun:

“I’m not an environmentalist. I’m socially responsible."
With $6000 from the Leland C. and Mary M. Pillsbury Institute for Hospitality Entrepreneurship, Jim has assembled a talented panel of judges who are looking for innovative and realistic ideas for how to address the need bottled water fills, without the landfill the empty bottles create. You can be part of the solution. If you have a keen new idea for how to reduce the negative impact of water bottles, please enter the H2O Competition here.
Posted by Brad Treat at 12:42 PM No comments: