Cornellian Fritswa Baffour initially launched her clothing company Afrik in order to keep her friends from taking her clothes. Fritswa was hand painting images of Pan-African culture onto her favorite hoodies. Her friends liked the styles so much that they would borrow her outfits and didn't want to give them back. With that, Afrik was born. 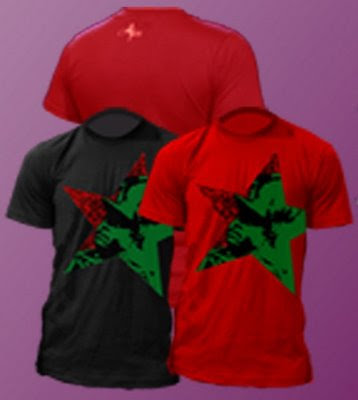 Entrepreneur, Author, Educator, Star
The company has grown from a small operation in her apartment in Ithaca into a New York City based design and manufacturing business. They have been featured in multiple fashion and lifestyle magazines, and Afrik hoodies have been spotted in music videos and the hottest clubs.

My favorite piece from the 2008 Fall collection celebrates Marcus Garvey. He was a cultural activist, entrepreneur, and educator who lived during the turn of the century.

If you are in New York City, you can find Afrik styles at a number of hip stores. You can also buy them online here.
Posted by Brad Treat at 10:20 AM No comments: